Yup. You do.  You deserve a real, actual post – not just something thrown together just ‘cos I can’t sleep and I’m upset and feeling that I’ve neglected all y’all. But – you already know what’s up, doncha?

KNITTING:
Not a whole lot happening. Am stuck on 2 projects…

One of the projects I am stuck on….. I KNOW! An actual PICTURE! Try not to fall over…..

Most of the body is done, which is good because I did something to my neck yesterday so I filled the hot water bottle up with boiling water, slipped the knitted bit on (yes, with the needles in situ) and it was WONDERFUL. So much better than a towel wrapped around as a cover.  Wool – thou art so lovely (even pretty cheap stuff like this is).  I will finish it soon; I’ve been wanting to make this sucker for 3 years.

Recommendation: A wonderful post on Knitters’ Review: Beat the Winter Blues:
10 Tips for Kickstarting Your Inspiration

BOOK I’M WRITING: In fits and starts. I thought for SURE I’d have a first draft completed by now…..And I need to get a job which will further limit my writing time. Grrrrr. Still, progress is being made.

GARDENING: This is the main reason I’ve not been knitting as much.  The spring gardening work has begun, plus I’ve been practicing the piano daily and so my hands are tired and achy by the time I get to bed so I don’t wanna knit. BUT I think we are gonna have a pretty tremendous garden this year!  That is, if spring actually ever arrives (see THE WEATHER below).  I’m trying several new things:

THE WEATHER: Right now, we are having a BLAZING thunderstorm and great downpours of rain. Plus it’s cold, relatively speaking.  Roughly 25 degrees F than usual…with no end in sight! It makes me achy, and it’s keeping me from planting what I need to plant (such as carrots) because the rain WILL wash it all away. It is drenching the cardboard in the keyhole garden but otherwise, I don’t mind tellin’ ya – it’s pissing me OFF. 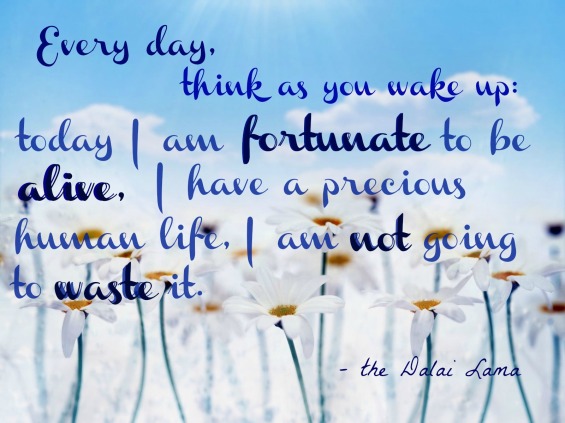 MY UPSET: My dear sisterfriend Tracey has serious cancer and did not know it! Praying, praying, praying, weeping, and praying some more. Ultimately, Tracey will be all right if she lives or dies, but my heart goes out to her husband, her daughters and her mother.  Please send marvelous, miraculous healing thoughts & prayers to surround Tracey, Kenny, Nakyyah, Yasmia & Ideola. Thank you.

BOOK YOU MUST READ: I absolutely want every person in the WORLD to read this book. I heard about it online and, since I am tryna get rid of books – not buy them, I got it out of the library.  It’s so good & important that I’m paying the Duke of Curl $10 to read it. This here is the bright spot in this post. So what is it?

Here’s the story: this super brainy scientist doctor – UNC/Chapel Hill undergrad majored in Chemistry; Duke University Med School, Massachusetts General Hospital residency, plus Harvard Medicine for Neuroscience, goes to Britain for another Neurosurgery residency. Then serves 15 years as Harvard faculty, co-writes textbooks & papers (150 of them – in peer-reviewed journals) all the while doing countless surgeries and pioneering new treatments and brain-surgeries. This man makes Bill Nye the Science Guy look like a New Age hippie out looking for the still-living Elvis.

At the age of 54, he comes down with a seriously bizarre case of meningitis. This kind of meningitis is so effing rare in adults that it’s a flipping miracle (yes a MIRACLE) that his docs even figured out what it was. In fact, he is the ONLY person to have recovered FULLY from it. Most everybody else (like 90%) dies from it, and the remaining 10% (dude being the ONLY exception) have such brain damage that they can never take care of themselves by themselves ever again; that is, if they’re not in a persistent vegetative state.

So while the docs are figuring this out, he’s in a coma where there are no signs of higher brain function – no electrical activity in the cortex or neo-cortex AT ALL – for seven days. His brain is dead – full stop.

During this time he is in the coma, he is having what is known as an NDE.  Being the super duper brain doctor that he is, he has had many patients over the years, scores of them, who have had NDEs and told him about it; all of his colleagues have had patients tell them the same things. And he had ignored it all, consigning it all some kind of physical phenomenon or perhaps to the realm of fantasy.

I have had a LOT really amazing, yes, even frightening spiritual experiences during my lifetime. One of them was I got to watch someone else go thru the transition to the next world (I don’t know if they stayed there or came back to this world).  I’ve been scoffed at by lots of folks, including Studmuffin, when I’ve told them about it. I’ve even had people tell me that I was crazy, but readers, it is REAL.  It is TRUE. Some folk say I have a lot of faith but I don’t: I KNOW from my own personal experience. I’m telling this because quite a few things that he describes I have seen. And he has a LOT more education than I and has put a great deal of effort in trying to convey things/events/sights/concepts for which we do not have any words for. I am especially impressed with how he conveys the vastness of the true reality compared to the physical world we know here. He has also put himself into the line of fire for all those who are deeply and often completely invested in the materialism of science and as such are unwilling to seek out truth – whatever it may be – if it does not already agree with what they know.

Proof of Heaven is the book. I hope you will read it and let me know what you think!